Saving them time, protecting their brand, and helping them build top of funnel. 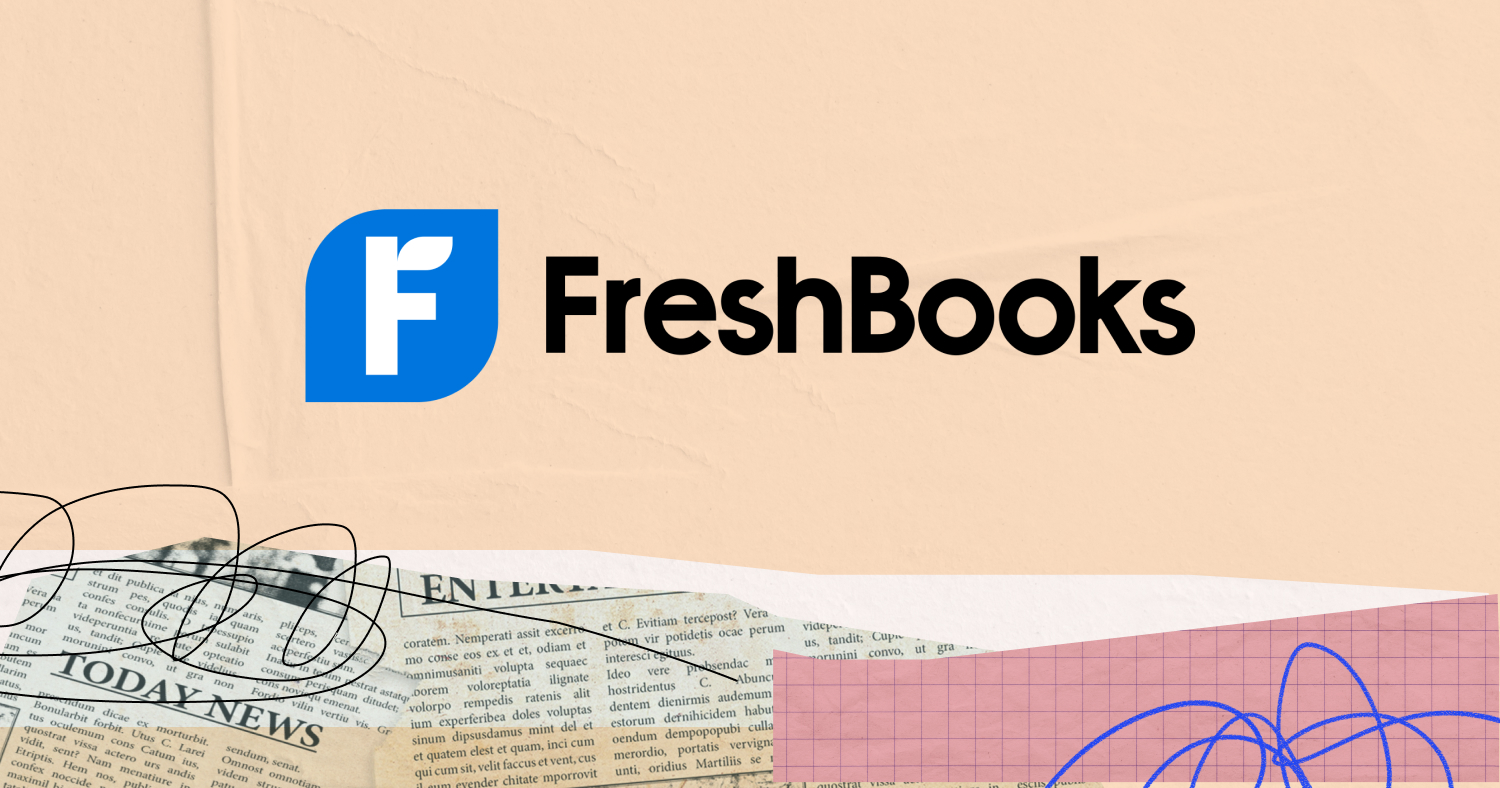 An easier way to invoice.

FreshBooks is an all-in-one accounting and invoicing tool for small business owners. In 2003 Mike McDerment, a small business owner, accidentally saved over an invoice. He decided there had to be a faster, easier, more reliable way to send invoices and got to work building that solution. He spent the first 3.5 years growing FreshBooks from his parents’ basement.

Since then, over 24 million people have used it to save time billing, and to collect billions of dollars. It’s grown to become the #1 cloud accounting solution designed exclusively for small business owners. 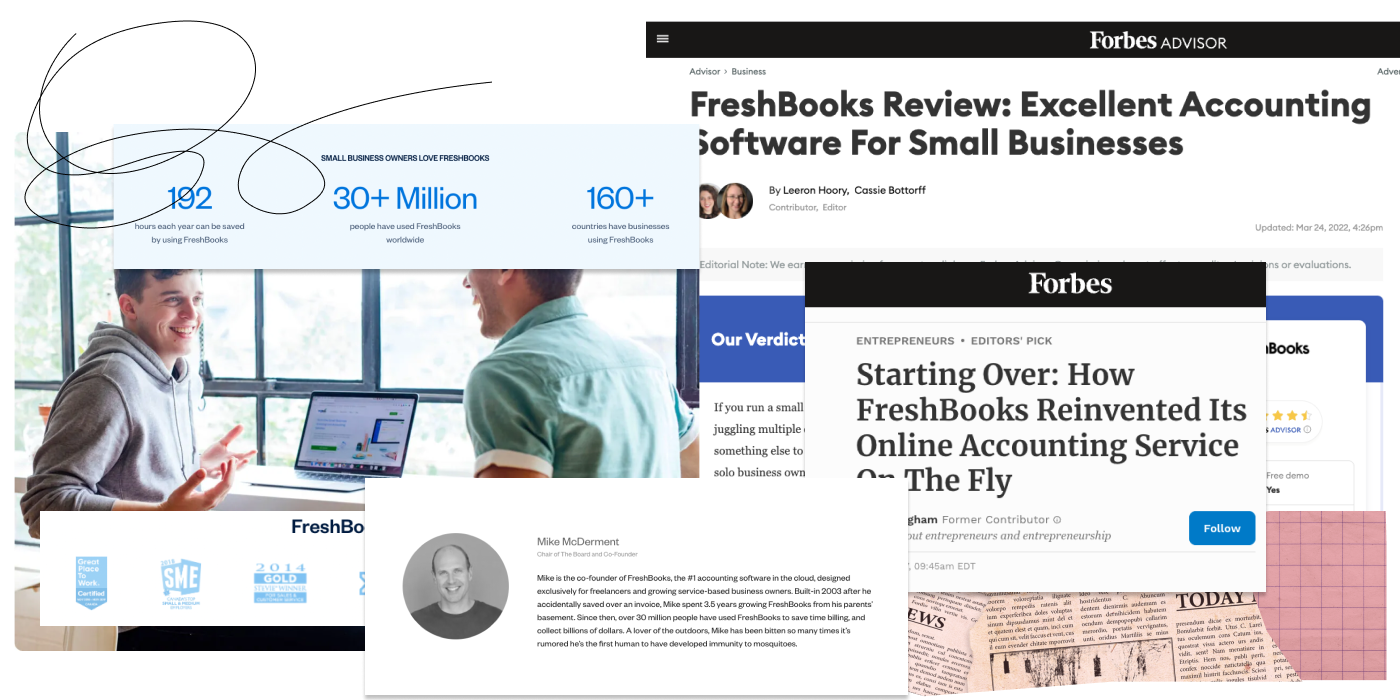 The challenge: share Mike’s story, save time, & build the brand.

The FreshBooks team wanted to get their story out to more potential customers, so they turned to journalists and traditional PR. After they didn’t get the traction they hoped for, they decided to try podcast tours. They already had an in-house team who were charged with paying for ad spots on certain shows, so they weren’t strangers to the podcast world. They knew that podcasting sponsorships worked, and wanted to see if they could tell the FreshBooks story from behind the guest seat.

So Lindsay, Director of Communications & Community, got to work finding the right shows, and pitching Mike to be a guest on them. Because she wanted to do things the right way, this took time. She knew how much hosts and producers put into their shows, and wanted to respect them - not spam them.

This meant finding shows where Mike could actually bring value to the listeners, and crafting each pitch to be personal and thoughtful.   Her work started paying off, but she realized it wasn’t sustainable to keep doing things the way they were. Instead, she wanted to find a way to do more personal, thoughtful, brand-building outreach - but with limited in-house resources.

FreshBooks tried a traditional PR agency, but quickly realized what they were getting was a shallow, 1 size fits all approach, rather than a unique relationship-based approach.

“When I did try to work with our traditional agency, I realized quickly there was a difference. You need expertise in this space. Podcasting is its own unique channel, and we really wanted someone who knew podcasts inside and out.” 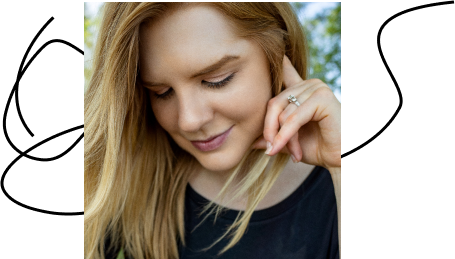 Pitching that built (not hurt) their brand.

The first step was to learn more about Mike, and his unique story starting FreshBooks. By learning his story and what he’s an expert at, we could better identify audiences that would most benefit by hearing him.

We then talked with the FreshBooks team to learn more about who their audience was, and researching what shows they might be fans of. We put together a target list of shows that we’d love to see Mike on.

“You came back with a target list that you proposed that blew me away. When we layered it on top of the podcast lists we’ve used for sponsorship, you had nailed it. It was remarkably similar to the work that had been done by the sponsorship team.”

After we identified what shows Mike would be a good fit for, we started pitching. One of the reasons Lindsay chose Lemonpie was that we pitch the same way she did. There’s no scalable, easy, bulk approach.

Throughout our engagement, we helped FreshBooks build relationships with world-class hosts and interviewers, which increased both their inbound speaker requests at industry events and inbound podcast requests saving them over 32 hours of work a month. Mike's interviews reached an estimated 576,000 - 1,317,500+ listeners in their target audiences, who listened to them for an average of 30 minutes each. With each successful interview, we helped the FreshBooks team build a library of content to share across their other marketing channels.

"I was blown away at the care that was put into every communication touchpoint."

“You took the time to understand FreshBooks and the nuances of who we were trying to reach, and what we’re all about. Every touchpoint was amazing. I remember seeing some of the emails that were sent on our behalf. I was blown away at the care that was put into every communication touchpoint. I was proud that you were representing our people and our brand.

You are truly a trusted partner. I feel like you are part of our internal team. You scale this in a way that gives me time back to work on and explore new breakthrough opportunities for our team.”

Or, learn what sets us apart