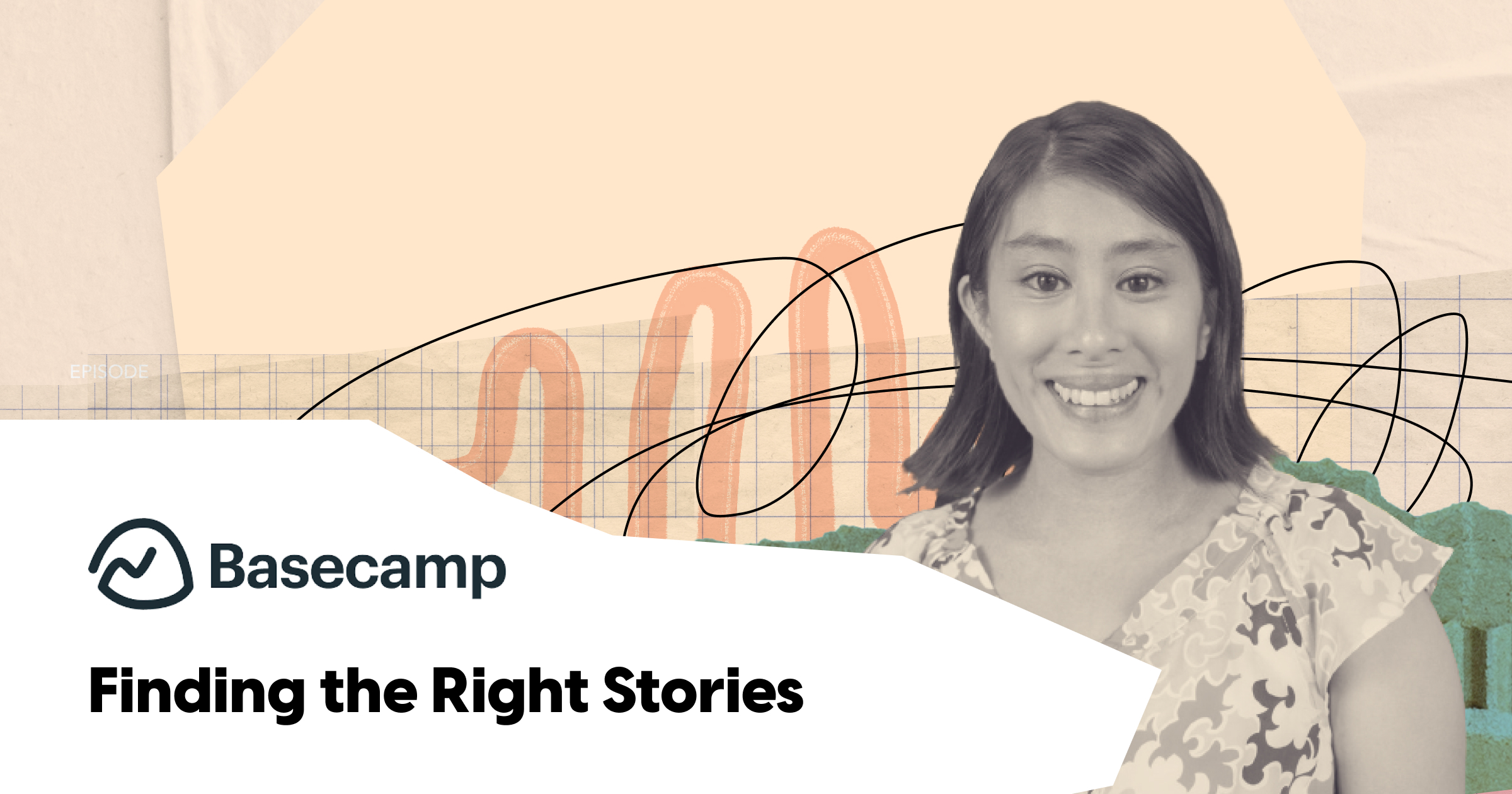 Go behind the scenes of Basecamp’s popular podcast, Rework, with producer Wailin Wong. In this episode, she talks about how (and why) Basecamp started Rework, how her experience as a journalist has trained her to look for a story to tell with every episode, the bad pitches they get (and the good handful they accept), and the care and love they put into production. She also shares her recommendations for companies that are interested in starting their own podcast. If you’re a fan of Basecamp or the content they put out, we think you’ll really enjoy this conversation.

Find a story to tell.

Wailin worked as a journalist for 10 years before joining Basecamp and running Rework. And as a journalist, she’s trained to look for a story to tell. And she applies that training to Basecamp’s podcast. For each episode or concept, she’s looking for a story to tell. More than that, she’s looking for people’s voices that aren’t being heard, or perspectives that aren’t being shared, and trying to include them in the discussion.

If you just run a vanilla podcast and are looking to up the quality of the content you put out, this episode will probably help change how you approach each episode you produce.

Podcasting as a means of sharing a company’s thoughts, vs yielding thousands of new customers.

It’s a fairly well known fact that DHH and Jason Fried (COO and CEO respectively) don’t think about tracking metrics the way most companies do. They’re not obsessed with “kpi’s” or any of the other buzzwords most CMOs throw around.

Instead, they ask how their work “feels”. They want to make sure they show up, and do their best work, and that it feels good. They want their team to enjoy what they do. So it’s not surprising to hear that when it comes to the podcast, they generally just check in one in a while to learn how many people are listening as a general indicator of whether or not people like what they’re putting out.

The importance of quality production.

There’s probably an interesting discussion to be had about the pros and cons of focusing on quality, vs just putting out something “raw” and unedited. Marketers like Dave Gerhardt and entrepreneurs like Gary Vee talk about getting in front of the mic, pushing record, and publishing it out into the world.

On the other side of the spectrum is Rework. Wailin puts a lot of effort into production quality. If you listen, it sounds more like a story being told in chapters, than your standard “interview-style” podcast that we’re so used to.

She feels that quality production is key to running a successful show.

Finally, Wailin shares her advice for brands that are considering starting a podcast. The first piece of advice: ask yourself if you actually need a podcast! You may be better served by starting a blog, or simply putting out a thread on Twitter. She advises that companies not jump on the podcast bandwagon simply because they think it’s what everyone is into these days.