Since the 90’s, Ramsey Media has been creating content to help its listeners get out of debt, grow their careers, and give generously. This content is the heart of what they do. 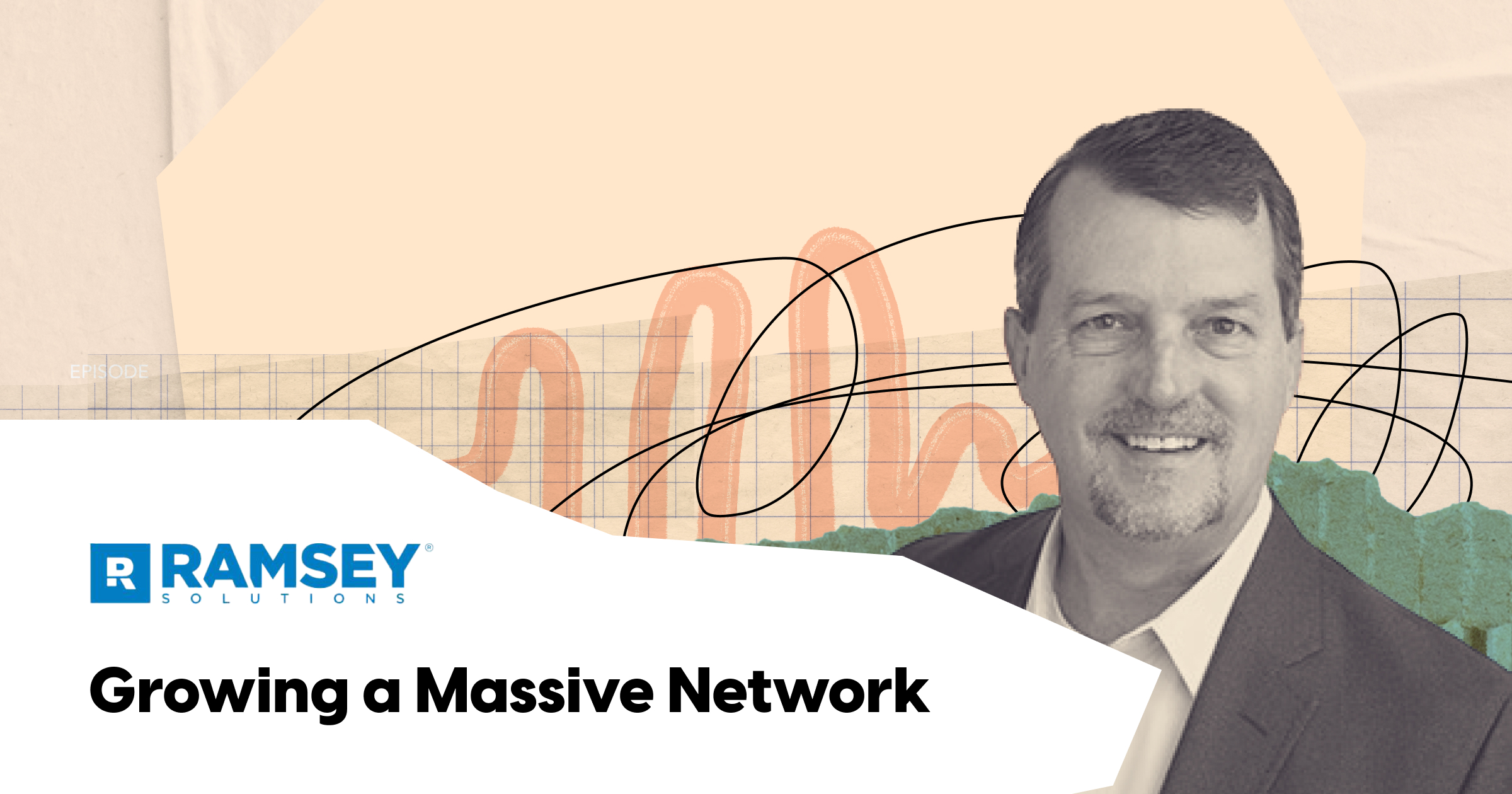 Brian Mayfield is the Executive VP of Ramsey Media. His team is responsible for producing an entire network of podcasts, radio shows, and video clips, as well as marketing and growth.

Since the 90’s, Ramsey Media has been creating content to help its listeners get out of debt, grow their careers, and give generously. This content is the heart of what they do. At their core, they view themselves as educators. Their #1 focus is showing up on any platform where their audience is, and delivering education and information to them there.

And it’s worked. They have over 5 million podcast listeners, 9.5 million radio listeners, and millions of YouTube views and tens of thousands of followers on social.

In this episode, Brian shares about their relentless focus on educating listeners, building an audience, working with advertisers, how and why they started a network, and how they think about growth.

💥 What he does: Executive Vice President of Ramsey Media at Ramsey Solutions. He’s in charge of a team that manages the distribution and syndication of Ramsey Podcast Network shows, including radio, digital, and satellite. They also manage national sales and marketing for the whole company, including digital product development like Ramsey app.

🧠 Get smart: “Don't try to be good at something you're not good at. We stay true to our [00:01:00] sweet spot and that's the money space, or leadership, or career. All those things have a common denominator in the center of it. And and we just expand from the center. That has been kind of the secret to our success.”

Top Tips from This Episode

Keep podcast ads minimal 👉 Brian insists on featuring only two 30-second ads in each one of the network’s shows. “I think a lot of the podcasts out there are way over-commercialized,” he says. “It's the age-old issue of media. If I can't sell enough, I have to create more so I can sell more with lower rates. The math doesn't work. But if you limit the ‘inventory,’ you create a pent-up demand. Once you have that, you can increase rates. That's something that's been successful for us.”

Use listener-only surveys to learn what kinds of content your audience wants 👉 “Some of the tricks we use are not tricks,” Brian says. The Ramsey brand is in the publishing world, the teaching world, a lot of different places. That’s why anytime a show on the network does a listener survey, it’s promoted only within the audio — so they can be sure they’re getting people who actually listen to the podcast. Hosts will say something like, help us provide the content you're looking for, directing listeners to a URL or telling them to text a number (which auto-responds with a URL for them to visit). They offer incentives for completing the survey, but Brian says the rewards are modest like a $100 gift certificate.

Finding listener/advertiser fit is key 👉 Brian has an in-house team that works on identifying and selling advertising for the various shows in the network. Since hosts read the ads and endorse the product, it’s critical that advertisers be “on brand” for the network. In a practical sense, what does that mean? The product needs to fit in seamlessly alongside the content of the show. Since the Ramsey brand helps people get out of debt, a credit card wouldn’t be an ideal advertiser.

Brian’s team studies up on potential advertising partners to find products that will be helpful for listeners. “We will research them. We'll look at customer reviews,” he says. Once a “high-quality partner, somebody that has a great reputation” is identified, a member of the team will approach them in a targeted way and describe why they’d be a good fit for the audience. “And then all of a sudden they start to feel special and they feel special because you've made them special and you've made them special because you believe it. That's how you do it,” says Brian.

Podcasting as a megaphone for reaching different audiences.

“We’re teachers at the core. We just want to help as many people as we can and to have these different mediums has given us that megaphone to be able to do that — to reach out to these people and intersect with them … people consume media differently. It's one of the things that really excites us about the podcast world. We've never seen anything grow the way podcasting has grown.”

Don’t make assumptions about your audience (survey them).

“From a survey perspective, that's been one of the best learnings that we have had, and one of the best tools that we now use — because in the beginning we made assumptions. We just assumed that the listener was the listener and the platform really didn't matter, and we could not have been more wrong. … we've got a really strong survey team, uh, in house that has gotten really good at drilling down. One of the things we found out — even with the Dave Ramsey show — is that 85% of the people that listen to radio do not listen to podcasts. When we asked the same question of podcast listeners, 87% of people who listen to podcasts say, ‘I don't listen to the radio.’”

“We have done paid ads to grow our audience, but at the end of the day, Hey, what are you promoting when you do that? You're promoting the content. You can be promoting the individual. But it's all about, what is that person talking about? I mean, there's so many people in this space right now, and everybody goes by their name. It's the Rachel Cruze show. It's the Chris Hogan show. It's the Dr. John Delaney show. It's a Dave Ramsey show. So you've got to sell: what is it about?”

“When the advertiser gets a return on their investment, they tend to spend more money. And when you raise the rates, because your audience is growing, they're happy to pay it. This may throw you a little bit, but we don't sell on impressions … [that way], if it doesn't work, they don't have to keep paying for it. But we've never had anybody leave in the middle of a campaign. It's just always worked.”

Wait to monetize –– or maybe don’t do it at all.

“I am a firm believer in building the audience first. I've talked to a lot of people who are starting podcasts, and I've said, look, don't focus on the money right now. Don't focus on the money — you need to build the audience. On a national level, as a rule of thumb — I typically tell people, and even with my own products — until I have consistently an audience of 50,000 people or more, I don't even start trying to monetize it. I just collapse the breaks and I run with the content.”

[6:27] “Why do we do it? We do it for the listener. Dave has this saying –– many people have said it, but we use it around here: Do enough of the right things and the money will take care of itself.”

[46:15] “You don't want to be disruptive to the conversation you're having with the listener. As long as you're not, you can advertise.”

[48:40] “Don't try to be good at something you're not good at. Figure out where your sweet spot is and you won't have to jump into the deep end from day one. Sometimes you may figure out you can't swim.”

[49:00] “If you have the opportunity to guest host, the Dave Ramsey show started with him guest hosting on someone else's show. He just started sitting in taking calls. And here he is today. So there's relevancy to that.”